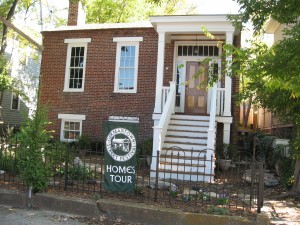 It’s time. I’ve sold my car and a third of my belongings (and donated another third to Goodwill) and now I’ve sold my house and I’m officially on my way from Nashville to New York City.

If my quick mental tally is anywhere close, I’ve moved at least 30 times. Four metropolitan areas in four states. Five metro areas if you count my three months in Düsseldorf, Germany. Let’s count it for half.

I really have loved them all. They’ve all given me meaningful experiences and a richer perspective. But Nashville has been something truly special. Except for the town where I was born and raised, I never lived anywhere longer.

I came to Nashville hoping to make a go at songwriting, and I did play out on stage at songwriter nights, and my first friends in town were all songwriters, some of whom are now writing hit songs for country artists. I changed direction, but I got to experience so much about music and about myself through all the hard work.

I never expected this town to come through in so many ways with so much community, so much support, and so many memorable experiences. And so many interesting encounters!

I met Cyndi Lauper and pissed her off.

I met Dolly Parton and she squeezed my fiancé’s butt.

I spotted Keith Urban and Nicole Kidman all over town.

Oh, and Keith Urban kissed me on the cheek.

I chatted idly with Bryan Adams before realizing it was him.

I met the guy who created the Dove beauty campaign.

But as fun as that list is, you already know the Nashville encounter that most changed my life. I met a dreamy photographer named Robbie Quinn who took my picture and stole my heart.

The community gave me so much love and support. I tried to give it back as much as I could, but I’m pretty sure I kept getting the better end of the deal.

I got to be on the cover of the Nashville Business Journal, wrote a regular column in the Tennessean, and wrote an obit for the Nashville Scene. Some of those I enjoyed more than others, but they were all experiences that taught me something.

It’s been amazing, Nashville. I’ll love you always. Now I’m looking forward to the next chapter of my life in New York. And you know, I think it’s going to be amazing, too. And I can’t wait to start my list of delights that happen there.

After 12.5 Years in Nashville